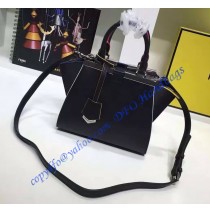 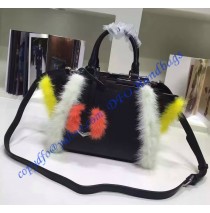 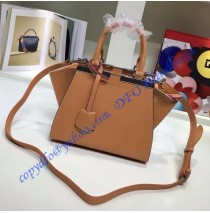 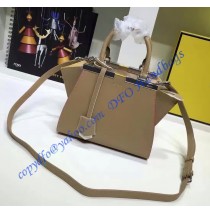 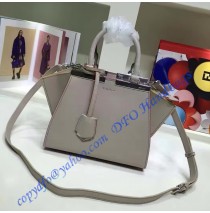 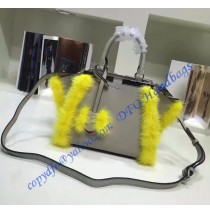 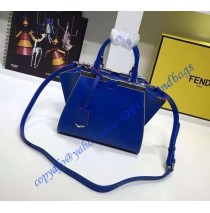 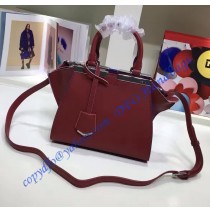 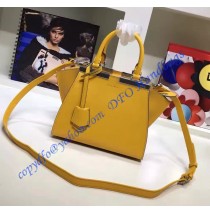 Some design houses create lines of handbags that remain iconic for decades – and then rely on those lines to drive their business over the long term. Others continue to innovate and regularly release purses which immediately become the new “It Bags,” seen on celebrities’ arms within weeks.

There may be no better example of a luxury brand which continues to reinvent its lines of signature handbags than Fendi. The designer’s first Fendi bags, designed by the legendary Karl Lagerfeld in the 1960s, became an instant smash when introduced in America. And through the revolutionary Fendi Baguette Bag of the 1990s and hits like the Spy and B Bag, right up to the Micro Peekaboo (honored by Vogue Magazine as the It Bag of 2015), Fendi handbags have been at the forefront of worldwide fashion trends.

The Two Eras Of Fendi Bags

It was 1925 when the House of Fendi was first established by an Italian couple in Rome. Before the war, the exquisite craftsmanship of Fendi bags and furs (the company’s other specialty) established the house’s strong reputation throughout Italy. The real breakthrough for Fendi, however, came after the war when the couple’s five daughters joined the family business to contribute their understanding of younger customers’ desires – and then brought in a young designer named Karl Lagerfeld.

Lagerfeld first enlivened the Fendi fur collection, and in the 1960s he introduced an entire couture collection which took the world by storm. Fendi purses and other accessories were an important component of that expansion, with new leather tanning and tinting processes creating bags which were more supple and beautiful than other designer bags of the era, with bold colors, stripes and patterns much more prominent. The classic canvas handbag, waterproof purses and other groundbreaking additions to the line, plus the earth-toned Fendi logo purse of the 1970s, were also hits. Almost any Fendi bag was a highly-desired fashion statement.

In the late 70s and 80s, the company focused more on its ready-to-wear collections and handbag design became somewhat stagnant. That changed in the early 90s when a third generation of Fendi joined the house; Silvia Venturini Fendi quickly made her mark with the handmade, limited-edition cowhide Selleria bag, and created a sensation a few years later with the Fendi Baguette Bag. This small purse shaped like a French baguette was “in your face” was offered in an enormous variety of materials from crocodile to velvet and fur, featured wild colors and patterns and an enormous Fendi logo, and was the “It Bag” of the era. The Fendi Baguette was worn by nearly every female celebrity who mattered, and had “starring roles” in movies and TV shows like Sex and the City and The Devil Wears Prada. From Sophia Loren to Madonna, everyone had to be seen wearing a Baguette.

Venturini Fendi continued to capture the imagination of the design world with the Fendi handbags she created in the 21st century. The Fendi Spy arrived in 2005, a $2000+ soft leather sack which immediately built a waiting list once Kate Moss showed one off; that was followed by the very popular B Bag, the 2Jours and 3Jours Totes, and the enormously-successful $3000+ leather Peekaboo bag with striking colors hidden inside, designed in collaboration with a number of celebrities. Today, a Fendi bag is just as much in demand as it has ever been.

The most popular Fendi purses today all are – or have been – “It bags.” That means, of course, that they don’t come cheap. Expect to pay well over $1000 for any new, legitimate Fendi handbag, and closer to $5000 for the more exquisite models. Also expect to be the main attraction in any room that you enter while wearing one.

The original Peekaboo bag has blossomed into an entire line: the original shoulder bag, plus the “large,” the mini and the micro Peekaboo, even a wallet. All are still very much in fashion, all feature meticulous Fendi workmanship and stunning colors or patterns inside, and they’re available in materials from snakeskin to suede. A python-and-leather Peekaboo Bag Bug is worth checking out as well, if money is no object.

In 2012 Fendi launched its 2Jours line, followed by the 3Jours bags two years later. The 2Jours Fendi tote was a best-seller in part because of its distinctive metal bar trim, but also because of its workmanship and the huge number of beautiful versions in which it was available. The 3Jours Fendi tote bag is even larger, with the bar broken into two pieces to make the purse even more accommodating. The Mini 3Jours contributes the same eye-catching style to the line, at a lower price.

The design house continues to develop new and striking versions of this hallmark Fendi purse. The small Double Micro Baguette is the latest, introduced in 2016 and featuring two attached Baguettes in contrasting colors. It’s elegant, comes in a multitude of color combinations and designs, and more reasonably-priced than the larger models.

There are, of course, many other lines of Fendi bags which will make eyes pop wherever you go, even Fendi backpacks. But where do you find them?

Thankfully, Fendi doesn’t create “fake demand” for their handbags as do design houses like Hermès. That doesn’t mean, however, that you can walk into a high-end department store or Fendi outlet and find whatever purse your heart is set on. Because of their iconic status, the most desirable Fendi bags are often sold out, with long waiting lists.

There’s a better alternative to waiting or settling for whatever happens to be available in the store: DFO Handbags. We carry an enormous inventory of the most popular Fendi handbags and totes in all materials and sizes, and they’re ready to ship immediately. Every one is manufactured strictly according to Fendi’s designs and specifications, made from the very finest materials from leather to hardware – everything including the distinctive “FF” logo.

Here’s the best part. Without the huge overhead, marketing expenses or fancy stores to pay, we can sell our Fendi bags for a fraction of the $1000-$5000 you’d pay in one of those retail outlets or on Fendi’s online site. Our huge selection of sophisticated Fendi Mini 3Jours and Double Micro Baguettes, for example, all sell for less than $450 with many priced well under $400. And we have all of the leather, color, pattern and design choices you could ever want.

When you shop with DFO Handbags you don’t have to “prove” yourself to snooty salespeople who may be difficult to deal with if you don’t look like you’re deserving of a luxury handbag. Shopping for a Fendi handbag is simple and easy on our website, we’ll be delighted to answer questions about our products, and we always provide free shipping (and repairs) to our clients.

You don’t have to pay the astronomical prices charged by retail stores, either. At DFO Handbags we make Fendi bags available, accessible and very affordable. What better combination could there be?